100-Chinese , Is losing Super-benefit of Population? 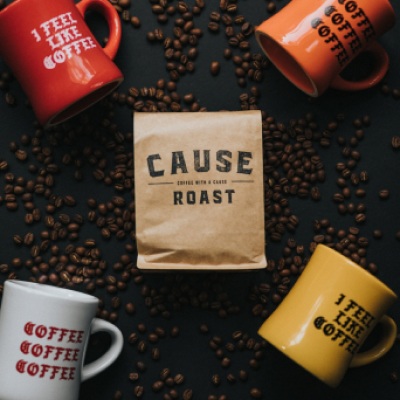 Chinese , Is losing Super-benefit of Population?

The China Goverment make 7th Population census, Our situation is not as good as we think about the China future.

The census is held once every ten years, and the highly anticipated seventh census population data is officially released. The reason why population data has attracted much attention is that population is the most certain variable in macroeconomic research, which directly determines future economic trends and reshapes business models. Moreover, once the trend is formed, it is basically impossible to change, whether it is the liberalization of three children or the full liberalization of childbirth. Therefore, it is very necessary to get a thorough understanding of the population, to understand the general trend of the population, and to take full measures to solve the problem of “one old and one small”. Of course, it is more important to deal with the systemic impact of this structural change, especially the impact caused by a cliff-like decline in population.

3- The miniaturization and declining birth rate of families are becoming more and more obvious: 2.62 people VS 3.10 people.

Each family has a population of 2.62 people, which is less than 3 people. The size of the family is shrinking. There are indeed reasons why new families such as singles and empty-nest families are becoming more and more common, but the main reason is the low birth rate. After the birth population reached a high of 25.5 million in 1987, it went all the way down. In 2019, China’s new born population was 14.65 million, and the birth rate was 1.05%, the lowest since 1961 (three years of natural disasters).

In 2013, the number of marriage registrations in China reached a historical peak of 13.47 million pairs. Since then, the number has been declining. In 2020, the number of married pairs was 8.13 million, a year-on-year decrease of 12.2%. The willingness to marry declined and the single economy prevailed. In 2000, the total fertility rate of women of childbearing age in China was 1.22 in the fifth census. In 2010, the total fertility rate for women of childbearing age dropped to 1.18. In 2020, the seventh census was 1.3 due to the implementation of the “comprehensive two-child” policy. The normal replacement rate required for an internationally recognized population balance is 2.1. The low fertility rate also has a self-reinforcing effect. According to the experience of South Korea and Japan, it has fallen below the fertility warning line and fell into the “low fertility trap” for 20-30 years. It must be foreseen in advance and dealt with.

From the perspective of age composition, the proportions of the children and the elderly at both ends of the spindle are rising, but the proportion of the labor force in the middle is declining. In fact, the labor force has declined for the first time since 2012, and the number of employed people has declined for the first time in 2018. In 2019, it has dropped by 890,000 from the previous year, and the demographic dividend has continued to fade. Especially with the post-80s generation of baby boom dividends, the labor force will decline sharply, and the problems in it deserve great attention.

In the next 5 to 10 years, we must prepare for the upcoming demographic collapse, and the demographic dividend is rapidly disappearing. Because the period from 1966 to 1974 was the first population peak in China. About 294 million people were born. This group will gradually age in the next five or six years. Approximately 300 million people will suddenly become aging. The future economy is a huge challenge.

8 University education accounted for: 15.47% VS 8.93%, education level has improved significantly.

The number of people with university education per 100,000 people rose from 8,930 to 15,467, nearly doubling, and the bonus to engineers continues to be prominent. However, we must also see that there is still a lot of room for improvement in overall education. University (including junior college) education accounted for 15.45% of the population, high school (including technical secondary school) education accounted for 15.09% of the population, a total of more than 30 %, that is, nearly 70% of the population has an education level below high school. This is similar to our previous statistics. From the resumption of the college entrance examination in 1977 to the present, the cumulative number of people with a bachelor degree or above accounted for less than 4% of our total population, and the number of ordinary undergraduates and junior colleges accounted for less than 7% of the total population. Many people will be surprised after reading it. This is a typical survivor bias.

The proportion of the urban population in 2000 was 36.22% in 2010, 49.68% in 2010, and 63.89% in 2020, which is 3.89 percentage points higher than the target that the urbanization rate of the permanent population will reach about 60%. . This is also an important growth point for China’s economic development in the future, and it will deepen into urban agglomerations and metropolitan areas.

Do we need more Babies?

From our Chinese survey & Wechat group investigation , we found more family have eager to have more baby.